When a coach does a course one would expect the coach to look for improvement of his current knowledge and the subsequent application. Ideally, the course content will challenge the current references of the coach. As a result, the coach will return back to his team with better and more football references which he will also share with all the staff members who did not go to that same course. Unfortunately, this is not what happens with most coaches. After a course the majority of coaches will say something like: ‘It was an interesting course. It confirmed what we are already doing at our club’.

This is a quote of a typical ‘confirmation coach’. This is a coach who is not interested in challenging and improving himself. Based on selective perception he is (un)consciously focussing on course content which confirms his current beliefs. Uncomfortable course content will simply be ignored. One can compare this with a scientist who has a certain hypothesis and who is only interested in the scientific literature which confirms his hypothesis. He just ignores more recent studies that might question or even falsify his hypothesis. Just imagine what would happen with the scientific evolution if scientists would really think like this. Indeed, we would still be traveling with a carriage. But this is exactly what is happening in the football world.

Once coaches have developed their own subjective perception of how to coach the game they will predominantly look for confirmation of their beliefs and thoughts. This is one of the main reasons why the football evolution in general and the football coach evolution in particular is developing rather slowly. Most coaches are not focused on improving themselves by constantly trying to falsify their football references. They do not see a string of losses as a potential falsification of their football references and a unique opportunity to improve those references and to become a better coach. Instead, they often choose to protect their falsified football knowledge by blaming something else or somebody else. This is why there is a blame culture in the football world.

One of the consequences of the football world being a world without universal references and language is that it is very difficult to judge the work of a coach and to hold coaches accountable. As a result, the only real measure is winning and losing. Coaches who win a lot of games must be good coaches and coaches who frequently lose are seen as bad coaches. In other words, coaches are predominantly judged on results and not so much on the process. But we all know that results do not always do justice to the ability and the work of a coach. This explains why coaches often try to blame external factors for losing a game in an attempt to protect their job or even their ego.

Surviving instead of improving

Given this blame culture in football most coaches are more concerned with protecting their job and surviving than with improving their football knowledge and becoming a better coach. It perfectly explains why most coaches are not looking for improvement of what they have been doing in the last decade. They use the course as a tool to confirm their ‘way of doing things’. This confirmation bias gives them a (un)conscious feeling of job security.

Hesitant to experiment with new insights

However, you can learn something during every course. A course always has at least one new insight to offer. So, one would expect coaches to focus on what is new in a course. What new thoughts are triggered in my brain for the first time in my coaching career? What course content makes me question my current believes? However, as long as the people who hire coaches only use winning and losing as a measure, many coaches will be hesitant to experiment with new insights. It is human nature to play safe in a state of survival.

What’s new in this course?

Coaches rather lose their job after doing it ‘their way’ instead of losing a job after an unsuccessful experiment with some new insights. The second situation will hurt ten times as much as the first one. Nevertheless, it is the responsibility of coaches to deal with all the above and still prioritise their own coach evolution. Ignore what you already know and focus on what’s new in a course. 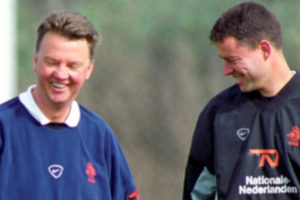 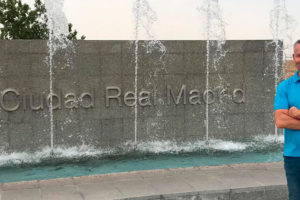