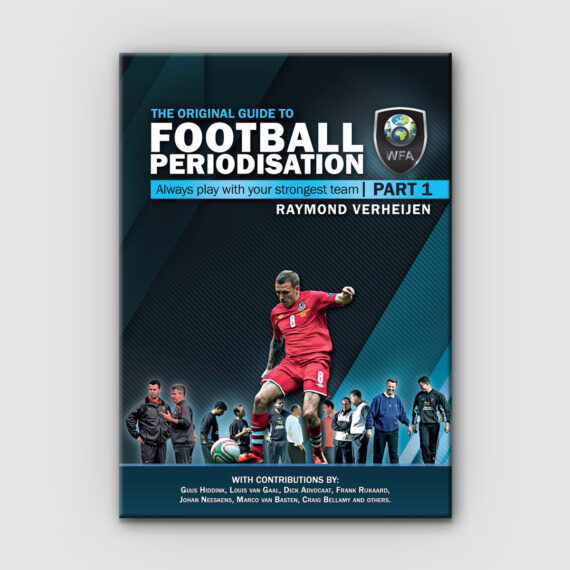 The must have book for football coaches, technical and medical staff who want to play with their strongest team!

For the first time, the periodisation of football is described in football language. Based on an objective and universal football philosophy, the football periodisation has been developed for coaches in professional, amateur and youth football. Coaches will be able to play and train with their strongest team more often.

This concept was further developed by theorizing the football practice at the level of the World Cup, European Championships, the Champions League, the Premier League, the Youth Academy and amateur football in both the men’s and women’s game. In particular, the feedback from top coaches including Frank Rijkaard, Johan Neeskens, Louis van Gaal, Ruud Krol, Guus Hiddink, Pim Verbeek, Dick Advocaat, Marco van Basten and Vera Pauw played an important role.

In football, teams often play one or two games a week. So, the game is always the starting point for developing any team periodisation. The coach adjusts the demands placed on the players in training, with respect to the football tactical, technical and conditioning sessions, to enhance the game performance. This book introduces a periodisation model that the coaches at all levels can use, to develop the football performance of players and to prevent injuries throughout the season.

All principles, guidelines and recommendations in this book are explained with practical examples of periodisation plans at 1st team and youth level, for both professional and amateur football. In addition, the coach is given suggestions on how to overcome obstacles that are encountered daily. Periodisation actually means continually reacting to changing circumstances in order to achieve the original objective.