Football is played by eleven players against eleven players on a big pitch. On top of this, the ball has to be played with the feet and ball possession is not protected. This means that football is a sequence of very complex and unpredictable game situations. Because of these game characteristics, football is not a sport that can be controlled by the coach from the sideline. During the game the players are responsible for making thousands of decisions. Therefore, from a decision making point of view, football is a players’ sport.

A sequence of playing patterns

In sports like baseball, volleyball, basketball and American football this is a different story. A basketball coach has much more influence as this sport is played by five players against five players on a relatively small field. The ball is played with the hands and ball possession is much more protected. These game characteristics allow the application of all kinds of playing patterns controlled by the coach from the sideline and during time-outs. Therefore, from a decision making perspective basketball is more a coach sport compared to football.

A sequence of set pieces

In baseball, the influence of the coach is even bigger as a baseball game is not a sequence of playing patterns like in basketball but much more a sequence of set pieces. Basically, baseball is like watching football players taking free kicks for three hours. Every time a pitcher and a batsman are facing each other, the baseball coaches will look at the statistical history of these two players. What is the pitcher’s most successful pitch against this batsman? Or which type of pitch allowed the batsman to score most hits or even points? Based on this information, the baseball coach is communicating to the pitcher or catcher what pitch should be thrown. So, baseball players are executing the decisions of the coach. This is still not easy because if you or I have to execute the decision of the coach of the New York Yankees we will fail big time. But players executing the decisions of the coach in baseball is fundamentally different compared to players executing their own decisions in football. Therefore, from a decision making perspective, baseball is more a coaches’ sport while football is a players’ sport.

So, football players have to be trained to become really good decision makers. But is this how most coaches condition their players? Do most football coaches develop an environment in which players constantly have to make decisions? Or do most coaches take responsibility for organizing everything on and off the pitch and as a consequence his players only show up for training to execute what he has prepared for them? When reading this blog many coaches around the world will recognize that they tend to prepare their training for this session to run as smoothly as possible. They pave the way for their players. These coaches are called ‘curling coaches’. The sport curling is used as a metaphor as in this sport the players are allowed to sweep the ice to clean the pathway of the stone. Basically, this is what football coaches do who try to prepare everything as perfectly as possible for their players. But is this really what players need? Do they not learn more from a bumpy road? Do they not develop better and quicker when having to deal with setbacks and the need to solve problems as this is exactly what happens during the game? In basketball and baseball the players can much more rely on the coach when the going gets tough. In football the players will be more or less on their own on the battlefield.

The above analysis of the game characteristics has learned that football players should not be trained like robots. They must get the freedom to learn to make decisions and to take responsibility. This often makes coaches uncomfortable as they think that freedom will ultimately develop in chaos. Coaches are afraid that players will take advantage of this freedom. But this will not be the case as the players’ freedom will only be relative freedom. It will be freedom within the clear tactical reference of the coach. Players will be free to make decisions as long as they stay within this reference. The moment they step outside the tactical framework the player no longer sticks to the team game plan which is unacceptable. But within the framework the player should be free to take ownership and to become a good decision maker.

Shouting and screaming at sideline?

In some countries sports like baseball, basketball and American football are very popular. As mentioned before, in these ‘coach sports’ the influence of the coach is relatively big. As a result, coaches are often shouting at the sideline telling players what to do and how to do it. So, for example parents are used to these screaming coaches. Consequently, they expect football coaches to behave in a similar way as this behavior apparently is the benchmark. However, in the ‘players sport’ football the influence of the coach at the sideline is almost zero. He should, therefore, be calm and trust his players to make the right decisions. Unfortunately, people often perceive this calm football coach as not involved, lazy, not motivated or some other general and non-contextual interpretation. So, football coaches sometimes start shouting and screaming at the sideline as they think this is what other people expect from them.

Reference to explain and educate others

Hopefully, after reading this blog, these coaches know how to behave during training sessions and games. Also, based on the references described in this blog, they will now be able to explain to players, parents and board members why football coaches should be coaching calmly and not treat players like robots. 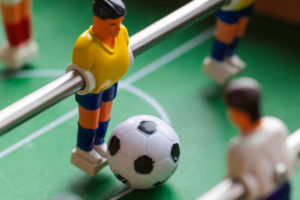 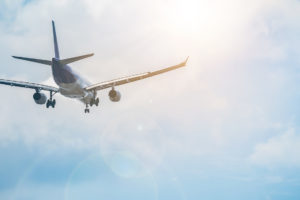